The Great Neck Board of Education held their Organizational Meeting on July 1. This annual meeting establishes Board officers and several district-wide positions for the upcoming school year.

Trustee Donna Peirez took the oath of office and reaffirmed her commitment to serve the Great Neck Public Schools to the best of her ability as a member of the Board of Education. Ms. Peirez was re-elected by the community in May to serve her second three-year term on the Board.

The Board also approved changes to the by-laws regarding the order of business for regular meetings and standing committees. For regular meetings, the Board approved a motion for Open Time to return to the end of the agenda, as to not interfere with presentations at the start of the meeting. Additionally, the Board approved the consolidation of two existing Board advisory committees—the Citizens Advisory Committee and the Financial/Business Advisory Committee—into one committee. This single Board of Education Advisory Committee will serve as a conduit between residents, GNPS students and staff, Administration, and the Board on all items of importance, including community concerns, financial operations, and ongoing construction projects.

During the Organizational Meeting, several other individuals took the oath of office to continue in their respective positions. In accordance with New York State law, Dr. Teresa Prendergast was sworn in as Superintendent of Schools, Jacqueline Lizza was sworn in as District Clerk, and Carol A. Blach was sworn in as the District Treasurer for the 2019–20 school year. 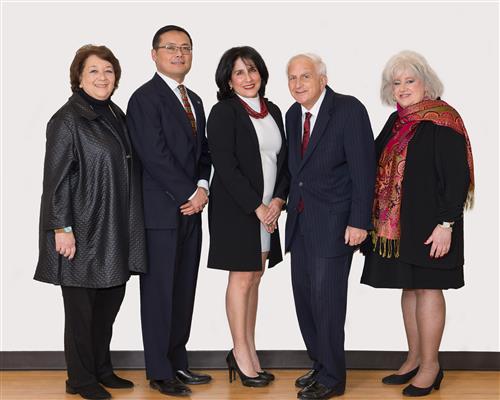