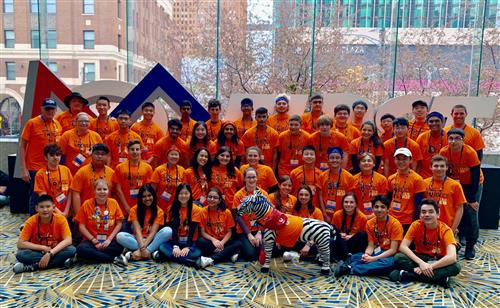 The South High School Rebel Robotics Team wrapped up a very successful competition season at the FIRST World Championship in Detroit from April 24–27. The team finished 15 out of 62 competitors from around the world, and Rebel Robotics was named the recipient of the 2019 International Championship UL Safety Award.

The Safety Award is sponsored by Underwriters Laboratories and celebrates the team that progresses beyond safety fundamentals by using innovative ways to eliminate or protect against hazards.

Rebel Robotics is committed to the highest level of safety in all areas, and the team has made it their mission to provide others with support and guidance regarding safe practices. In fact, FIRST Robotics Competition judges and organizers were so impressed with the team’s safety presentations at 2019 regional events, that they asked South High students to facilitate safety activities at the World Championship.

Rebel Robotics qualified for the 2019 FIRST World Championship based on their outstanding performances at two regional competitions in March. At the Finger Lakes Regional Competition, the team’s robot advanced to the playoff round and the team earned two top awards: the regional Chairman’s Award and the Safety Award. At the SBPLI Regional Competition, Rebel Robotics won first place in competition with a record of 17-1, and the team again earned two top awards: the regional Entrepreneur Award and the Safety Award. 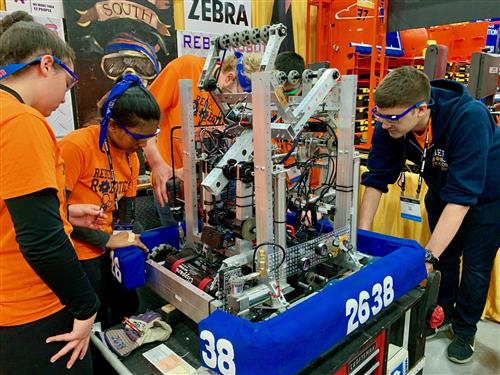