The Broadway Education Alliance announced three students from the Great Neck Public Schools as student nominees for the title of Best Actor and Best Actress at The Roger Rees Awards for Excellence in Student Performance.

The 2018–19 nominees from the Great Neck Public Schools are Ashley Schlusselberg of North High School, and Daniella Brancato and Victor Polizu of South High School.

Ashley, Danielle, and Victor are among fifty students from the greater New York area who were nominated for their roles in an officially licensed production of a Broadway musical during the 2018–19 academic year. The high school musical productions were adjudicated by a team of professional industry performers and educators who scored student performances according to a formal rubric.

As part of the competition, Ashley, Danielle, and Victor participated in a pre-award training intensive that included master classes in solo and group performance, and rehearsals for the award showcase lead by a group of Broadway professionals who selected 12 award finalists. The showcase was held on May 19 at the Professional Performing Arts School in Manhattan. 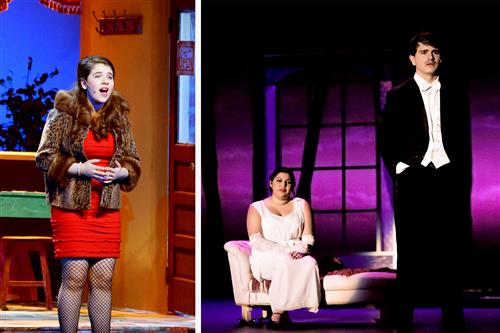