Congratulations to the Valedictorians and Salutatorians for the Class of 2019! 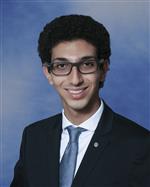 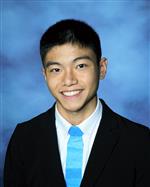 South High Valedictorian Michael Lu is a Commended Student through the National Merit Scholarship Program and an AP Scholar with Distinction.

As a four-year member of the South High Rebel Robotics Team, Michael participated in FIRST Robotics competitions at the regional and world championship levels. He is a contract developer for 10XBeta, a product design and engineering firm, and he interned at the U.S. Department of Energy’s Brookhaven National Laboratory.

Michael served community organizations as a technology intern at the Gold Coast-Lake Success Rotary Club, and a volunteer firefighter for the Manhasset-Lakeville Fire Department. Michael will attend Massachusetts Institute of Technology (MIT). 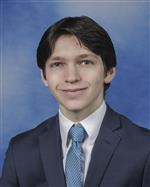 Joshua participated in the science research program for four years, during which time he conducted summer research in laboratories at Yale University and the University of Massachusetts at Amherst. In addition to being named a Regeneron STS Scholar, Joshua is also a three-time Long Island Math Fair Gold Medalist, and he received third place at the WAC Invitational Science Fair.

A clarinetist, Joshua was selected for All-County and All-State performing groups. He was Principal Clarinet of the North High Band and Orchestra; President of the Chamber Music Society; and he performed with the school at Carnegie Hall and the Long Island Music Hall of Fame.

Joshua served as Co-President of the Math Team, Co-President of the Science Olympiad Team, and Captain of the Quiz Bowl Team. He was a national qualifier in National History Bee and Bowl. He was a four-year member of the tennis team and earned All-County honors for tennis. Joshua will attend Yale University. 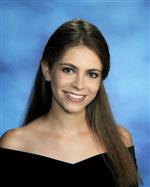 A violinist, Chloe served as Concertmaster/Principal for the South High Chamber Orchestra, and she performed with the Metropolitan Youth Orchestra. She was selected for the Long Island String Festival and she performed at prestigious venues including Carnegie Hall and Lincoln Center.

Chloe served as President of the History Club, Co-Editor-in-Chief of the school’s Exit 33 Literary Magazine, and a Board Member for the Midnight Run Club. She was a four-year member of the tennis team, and she interned at Feinstein Institute for Medical Research. Chloe will attend Amherst College.