Founded in 1979, the Telly Awards are a major industry standard award recognizing the finest film and video productions, groundbreaking web commercials, videos and films, and outstanding local, regional, and cable TV commercials and programs from around the world.

“South High Cultural Heritage Night, 2018” was entered into the General Local TV category. GNPS/TV is one of only two national award winners in this category. Further, of the six Telly winners in the overall television category, GNPS/TV is the only secondary school honoree.

“Birdwatching” was entered in the Television Directing Craft category, a specialty category that focuses on a film’s artistic and dramatic aspects. The film was directed, filmed, and edited by GNPS students and faculty members. Other award recipients in this category include HBO, PBS, and Paramount Viacom.

Submissions for Telly Awards do not compete against one another; rather, they are graded against a high standard of excellence under the criteria of content, quality of message, production and execution, and overall experience.

Entries are judged by members of the Telly Award Judging Council, composed of more than 200 industry-leading video and television experts from some of the most prestigious companies in entertainment, publishing, advertising, and emerging technology.

GNPS/TV programming reflects the offerings of the Great Neck Public Schools and the achievements of its students and staff. For further information, please contact Robert Zahn, director of educational television and broadcast media, by e-mail at rzahn@greatneck.k12.ny.us, and by phone at (516) 441-4676. 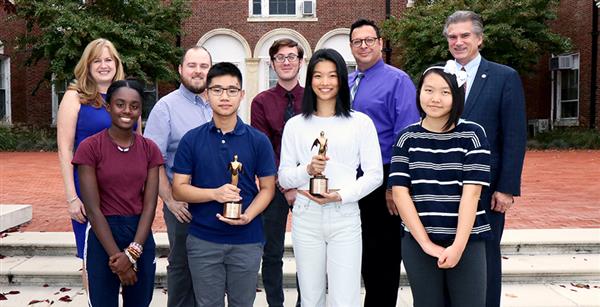