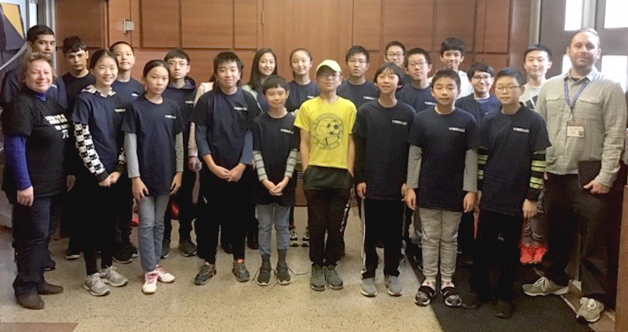 Additionally, four South Middle students — Ruiqi Liu, Colin Hu, Mofan Yu, and Laura Zhang — were among the top 12 of all participants. This placement qualified them to participate in the fast-paced Countdown Round, where students face-off against one another to answer questions before their opponent. Mofan Yu took second place overall in the individual portion of this competition.

The MATHCOUNTS competition focuses on problem solving and mathematical reasoning through collaboration, with points awarded for speed and accuracy. It is sponsored by the MATHCOUNTS Foundation, a non-profit organization that provides engaging programs to middle schools across the country.