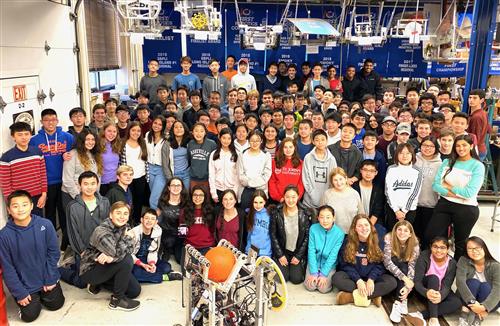 The FIRST Robotics Competition is a worldwide event with more than 6000 teams competing from over 50 different countries. Sadly, this year’s FIRST Robotics season was cut short due to the pandemic. Regional competitions were canceled, and Rebel Robotics did not have a chance to showcase the robot they built for this year’s competition. However, FIRST utilized teams’ video and document submissions to award select recognitions for 2020 regional competitions, which were announced via livestream on Thursday, April 30.

For the second consecutive year, Rebel Robotics Team #2638 received a regional Chairman’s Award — the most prestigious award in all of FIRST. This coveted award “honors the team that best represents a model for other teams to emulate and best embodies the mission of FIRST.” Among their many positive attributes, Rebel Robotics was recognized by FIRST for their teamwork, mentoring, and charitable efforts.

Additionally, Rebel Robotics team member Reid Fleishman (photographed below) was announced as a Dean’s List Finalist. This award, named for FIRST founder Dean Kamen, honors student leaders “who have led their teams and communities to increased awareness for FIRST and its mission while achieving personal technical expertise and accomplishment.” Only two students from each region receive this recognition. 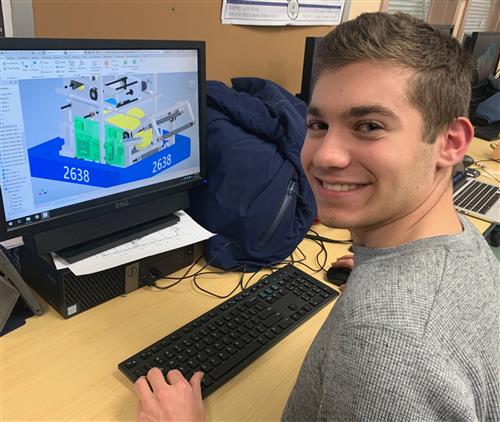