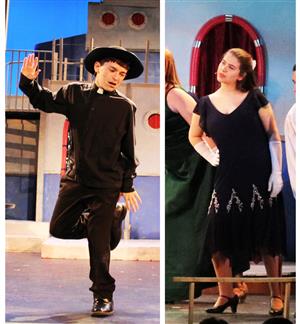 The Broadway Education Alliance (BEA) has announced two students from North High School as student nominees for the title of Best Actor and Best Actress at The Roger Rees Awards for Excellence in Student Performance.

The 2019–20 nominees from North High are Jack Brenner and Ashley Schlusselberg, who were nominated for their roles in the school’s musical production of Anything Goes.

Jack and Ashley are among the top 50 students (25 male, 25 female) from the greater New York area who were nominated for their roles in an officially licensed production of a Broadway musical. This year’s Roger Rees Awards showcase will be streamed on the BEA YouTube channel on June 1, at 7:30 p.m.