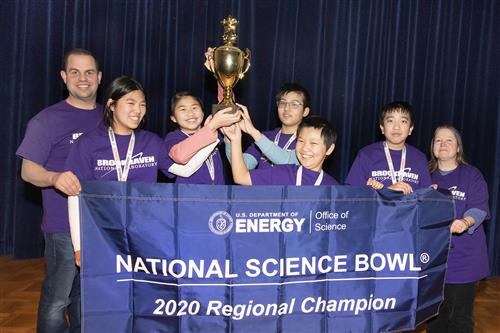 In Science Bowl, teams are put to the test in a fast-paced, question-and-answer format featuring a wide spectrum of science disciplines, including biology, chemistry, Earth science, physics, energy, and math. The top 32 teams from the national finals earned an invitation to the National Elimination Tournament.

The Department of Energy National Science Bowl (NSB), established in 1991, is one of the nation’s largest science competitions. This year, 44 middle school teams and over 250 students competed in the national event, which brought together the top teams from the 48 regional tournaments held across the country.