Nicholas’s diving resume includes qualifying for USA Junior Nationals for the past three years, winning first place at the AAU National Championships, and being named All-American three years in a row. Nicholas will attend Brown University in the fall, where he will participate in the diving program.

Senior Justin Whang also concluded his high school swimming career with championship titles and impressive records. Justin won the 200 Individual Medley and the 100 backstroke at the 2021 County Championships with the fastest time in New York State. He currently holds two Nassau County records: as an individual in the 200 IM at 1:51.12, and as a member of the 2019 Medley Relay team at 1:34.18. Justin is an All-American Consideration, and he will attend Yale University this fall as a member of the swimming team.

Congratulations to coaches James Morrow, Assistant Coach Jim Burns, and all the members of the South High boys swimming team on their successful season! 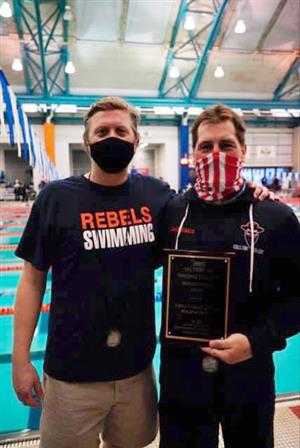