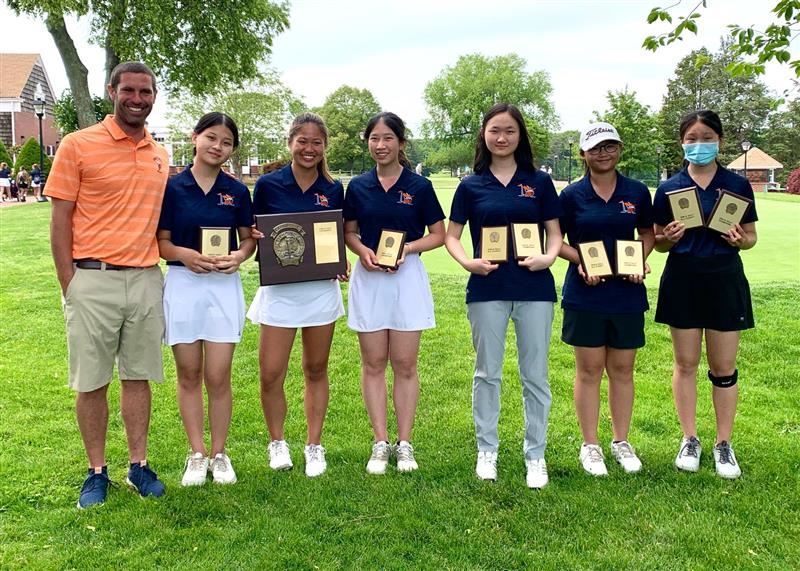 The championship tournament, which took place over two days, was a very close competition from the start. Great Neck concluded the first day with a three-shot lead over Garden City (446-449). The team maintained that lead for the first half of day two, as both teams shot 220 on the front nine.

This is the team’s second consecutive championship under the direction of coach Matthew Corrigan, and it’s only the second championship title in program history.

Andrea, Caylin, and Lia qualified for the New York State Championships for their individual performances, and the six-member team qualified as well. State championships are canceled this pandemic year, but student-athletes have been recognized by Section VIII and the Nassau County Girls Golf Coaches Association.