The Class of 2021 valedictorians and salutatorians for John L. Miller-Great Neck North High School and William A. Shine-Great Neck South High School were featured previously. Other significant graduation awards include the annual Barstow and Scott Moss Awards. A look at these awards, and their recipients, follows.

The coveted Frederic Duclos Barstow Award was established in 1962 by Françoise and William Barstow in memory of their only son who died of pneumonia at age 35. The Barstows were prominent Great Neck residents after whom Barstow Road is named. The Barstow Award is given annually to students at each high school. Recipients of must be in the top 10 percent of their class and be “outstanding in leadership, citizenship, scholarship, and service.” Each recipient receives a monetary prize.

North High School’s valedictorian and salutatorian are traditionally their school’s Barstow Award winners. They are Valedictorian Mina Nabavian and Co-Salutatorians Liel Ezroni and Lauren Yu. Read more about these students in the Class of 2021 Valedictorians and Salutatorians article. 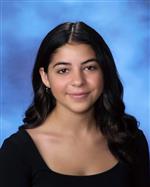 Alexandra Agris is an AP Scholar and a Commended Student in the National Merit Scholarship Program. She served as president of the Academic Outreach Club, which provides tutoring for middle school students, and she volunteered with organizations that offer hands-on science learning activities for students. Alexandra was a member of Science Olympiad Team and she conducted science research at Stony Brook University and Stanford University. Alexandra will attend Stanford University. 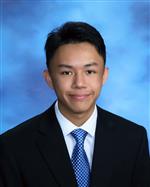 Stanley Wong is an AP Scholar and a Commended Student in the National Merit Scholarship Program. He was a varsity athlete and earned All-County honors as a member of South High’s undefeated Conference Championship Badminton team. Stanley served as a vice president of DECA and achieved the top level of NYSSMA for piano. He conducted science research at Stony Brook University, participated in hackathon events, and volunteered with community organizations. Stanley will attend Georgia Institute of Technology.

The Scott Moss Award was established in 1977, in memory of Scott, who was an outstanding South High student until his death from cancer. The award is given to the graduating senior who exemplifies the “service, concern, interest, and ability of Scott Moss.” The recipient of the Scott D. Moss Memorial Award, given at South High School, is Isabelle Hou. 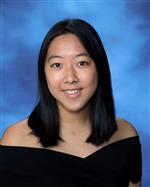 Isabelle is an AP Scholar and a Commended Student in the National Merit Scholarship Program. She was a varsity athlete and served as captain of the school’s County Championship Swim team. Isabelle was vice president of the Science Olympiad Team and she conducted science research at Stony Brook University and Columbia University. She volunteered and collected food donations for the Midnight Run Club. Isabelle will attend Northeastern University.