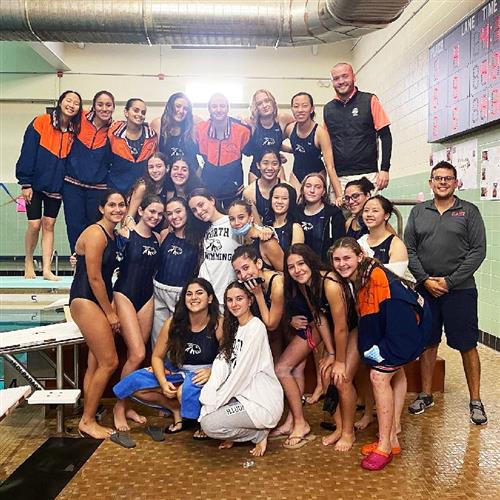 “We are so proud of the work this team put in throughout the season,” said Paul Rodriguez, head coach and business education teacher at North High. “It’s not easy to win a Conference Championship, but these girls stuck together and earned it.”

The high-stakes matchup against Carle Place-Locust Valley was extra special for the Blazers, as it was the team’s Senior Meet. The girls took a 41–21 lead through the first four events and never looked back—ultimately winning 91–74.

Up next for the girls are the Division and County Meets at the Nassau County Aquatic Center. Congratulations on a tremendous season and good luck in the postseason!