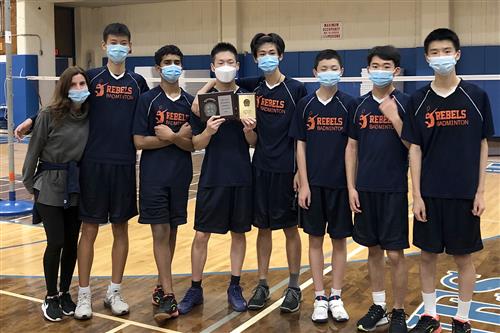 The South High School Boys Badminton team competed at the Nassau County Singles and Doubles Tournament on Oct. 23, followed by the County Team Championship on Oct. 28. The Rebels ended the fall badminton season with a first-place win at the singles championships, second place at the team championships, and third and fourth place for doubles.

The following week, the South High Badminton team advanced through the postseason and made it all the way to the team finals on Oct. 28. In a repeat of last year’s championship matchup, the Rebels faced Jericho for the team title. The Rebels were strong competitors and finished in second place at the County Team competition. Their overall season record was 10-3.