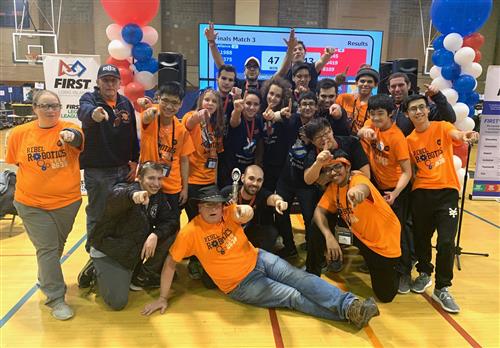 The robotics programs at North High School and South High School joined forces to host a regional FIRST Tech Challenge (FTC) tournament at North Middle School on Jan. 18–19. Dozens of robotics teams from across the Tri-State area came to Great Neck to participate in this exciting two-day tournament.

Among the challengers was the North High School Tech Challenge Team #13375, known as “The Goatbusters.” The Goatbusters won a best-of-three alliance challenge during the finals on Saturday, which earned the team a spot at the upcoming Long Island Championship in Syosset.

“We had never won an event before, so to win our first event in Great Neck just makes it even more special,” explains Joseph Lipani, coach of the Goatbusters team.

The South High Rebel Robotics Team #2638, which did not compete at the event, facilitated workshops, raffles, and entertaining activities during the tournament. The Rebel Robotics team is led by coaches Matthew Corrigan and John Motchkavitz.

“By preparing for this tournament, a lot of our students from South High and North High got to know each other and work together,” explained Mr. Motchkavitz. 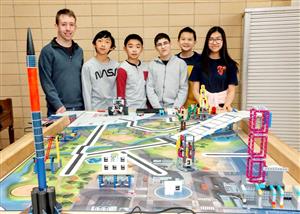 The North Middle Blazing LEGOs robotics team was also on hand at the tournament to conduct demonstrations. The Blazing LEGOs, led by coaches Zachary Boyt and Thomas Livingston, compete in the FIRST LEGO League for grades 4–8.

Mr. Motchkavitz said the collaboration between the Great Neck robotics programs cultivates inspiration and success: “It creates a great atmosphere of students learning about technology, having fun, and building friendships.”

The high school coaches expressed their appreciation for the tremendous support from their fellow robotics coaches, student volunteers, parent volunteers, district staff and administrators, whose contributions made the tournament a success.

FIRST Tech Challenge is an international program for students in grades 7–12. Teams of up to 15 members work together to design, build, program, and operate robots to compete in head-to-head challenges in an alliance format.

FIRST is an acronym for “For Inspiration and Recognition of Science and Technology,” an international program that inspires young people to be technology leaders and innovators through education-based programs with a focus on self-confidence, leadership and communication. 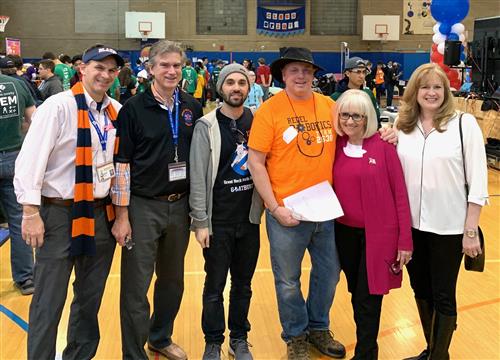